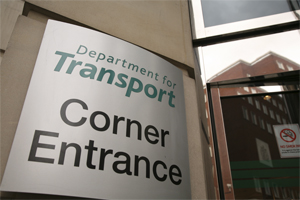 Roads minister Stephen Hammond  has been replaced by Robert Goodwill at the DfT, as part of a series of changes that appear to increase ministers’ focus on rail services. Goodwill, previously a Conservative party whip is MP for Scarborough and Whitby, and was a farmer before starting his political career in Europe and then joining the UK parliament in 2005. He takes on Hammond’s role – officially as Parliamentary Under Secretary of State for Transport – with responsibilities including freight, […]

McLoughlin to remain secretary of state for transport

Patrick McLoughlin will remain in the role of secretary of state for transport as part of the new Conservative government, it has been confirmed.

Bibby Distribution has named Oliever Hecht as its new MD.

FairFuelUK (FFUK) has backed Robert Halfon MP’s efforts to introduce legislation to provide a breakdown of the amount of tax paid on fuel receipts. Halfon, founder of the PetrolPromise.com campaign, will make his case for this transparency in the Houses of Commons on 16 October, under the ten-minute rule motion. FFUK supported Halfon’s recent appearance in the house, when he called on the Office of Fair Trading (OFT) to investigate the UK oil sector. Quentin Willson, national spokesman for FairFuelUK, […]