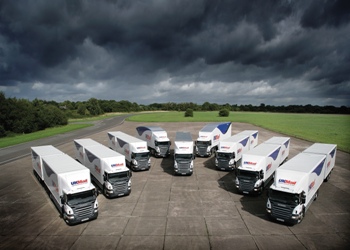 UK Mail saw its highest ever daily volumes across its parcels and mail divisions in March, the firm reported in its pre-close trading update today (9 April), but would not reveal the actual numbers. Group reported turnover for the year ended 31 March was up 11% on 2011/12’s figures. Performance in March was particularly strong, boosting Q4 turnover by 6% compared to the same period in the previous year. UK Mail’s parcels division saw quarterly volumes increase by 20% on […]

A trailblazer apprenticeship standard for managers in the parcel courier sector has been submitted to BIS by the Institute of Couriers (Ioc) in light of the e-retail boom and upcoming apprenticeship levy.

CitySprint on hunt for 300 couriers for Christmas peak

CitySprint is looking to recruit an additional 300 drivers in the run-up to this year’s festive period following a record 2012 Christmas, which saw more than 250,000 packages delivered.

Wincanton has reported continued improvement in revenues and profitability since the initial impact of the pandemic and, following a period of recovery and stabilisation, said it had returned to growth in Q3 of the financial year.