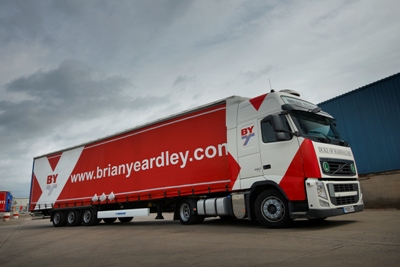 Brian Yeardley Continental said a willingness to reinvent itself and innovate had helped boost turnover by 17% during 2012. Summary accounts for the year ending 31 December 2012 showed sales increased to £10.2m during the period, compared with £8.7m in 2011. However, managing director Kevin Hopper said he expected a tough 2013 and that the Featherstone based company was investigating further cost savings within the business as a result. Hopper said it identified a need from some of its biggest […]

Nagel Langdons is predicting a 10% permanent trading loss this year as it continues to feel the reverberations from the UK’s departure from the European Union and the Covid-19 pandemic.

DX Group said significantly increased volumes would result in revenue growth £10m higher than previously anticipated and as a result it would repay government support provided during the pandemic.

Kuehne+Nagel said it experienced a “significant increase” in shipments within its road logistics division in the third quarter and demand for domestic transport in European countries reached pre-crisis levels.