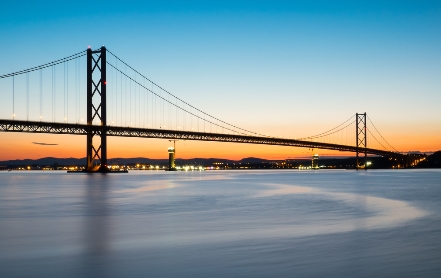 The Forth Road Bridge will not fully reopen to HGV traffic until mid-March, according to Scottish transport minister Derek Mackay. The bridge, which was closed to all traffic on 4 December but reopened to non-HGV vehicles later that month, was originally set to reopen to HGVs in mid-February. A phased reintroduction of HGVs, which will allow around 600 to cross the bridge every night, began today (4 February) but Mackay said it will not be fully opened until mid-March. He […]

Keep a lid on TCO with exclusive ExxonMobil webinar

ExxonMobil has produced the definitive guide to total cost of ownership (TCO), from how to calculate and measure it to the steps operators can take to reduce it, including the use of high performance lubricants. The guide is available as a free download and, to launch this invaluable aid to keeping a lid on costs, ExxonMobil in association with Motortransport.co.uk held a webinar on the subject of TCO. The expert panel included James Hookham, deputy chief executive of the FTA […]

MSL Scotland has added three Actros tractor units kitted out with the latest MirrorCam system after a trial of the camera received glowing reviews from the Broxburn haulier’s drivers.

HGV drivers will bear the greatest responsibility for collisions and accidents that occur on the country’s network from Saturday (29 January), after the government created a “hierarchy of road users”.