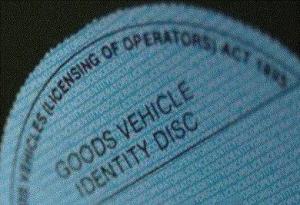 Almost every operator in Northern Ireland that should have a restricted O-licence has been issued one, three years after updated O-licensing rules came into force. According to figures published by the Department of the Environment, just two temporary permits were awaiting conversion into a full restricted O-licence at the end of September 2015. In September 2014, 755 permits were still in issue. Temporary permits were issued to own-account operators when the Goods Vehicle Act (2010) became effective in July 2012, […]

RHA research has revealed that the long-predicted driver shortage is now severely affecting operators as they gear up for the Christmas peak.

Skills for Logistics (SfL) has called on operators to make the case to government for a funding boost for apprentices to ensure a pipeline of talent for the future. Following a meeting last week between Matthew Hancock MP, minister for skills at the Department for Business, Innovation and Skills (BIS) and SfL the door remains open but change hinges on operators demonstrating an appetite for it. Apprenticeships presently only attract full funding between the ages of 16 to 18. After […]

Lenham Storage Company is continuing to struggle to retain European staff, with whole families employed by the Maidstone-based firm choosing to return to their home countries following Brexit.