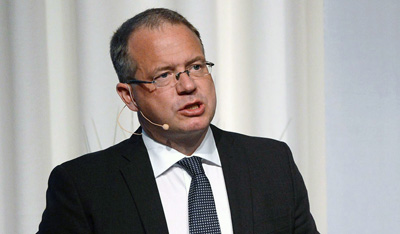 Volvo Group has announced the appointment of former Scania president and chief executive officer Martin Lundstedt (pictured) as its own new president and CEO. Lundstedt, who will take up his new job in October, replaces Olof Persson who steps down with immediate effect. Group chief financial officer Jan Gurander will take over Persson’s responsibilities in the interim. A spokesman for Volvo confirmed that Persson, who had been at the helm for almost four years, did not leave of his own […]

Ferguson Transport and Shipping has furloughed 26 drivers and 14 staff following the launch of the government’s Coronavirus Job Retention Scheme portal this week, after being reassured payments for furloughed workers will arrive in the company’s bank account within six days of a claim being submitted online.

A continued move from straight transport to logistics activities including warehousing, packing and freight forwarding helped Glasgow-based Gordon Leslie Group achieve a 20% rise in pre-tax profit in the year to 30 September 2012. Turnover in the year fell around 8% to £4.8m (2011: £5.2m), but profit before tax came in at just over £487,000 (2011: £405,000). MD Craig Leslie said the firm had made a “fairly conscious move” in the last two years to reduce its reliance on some […]