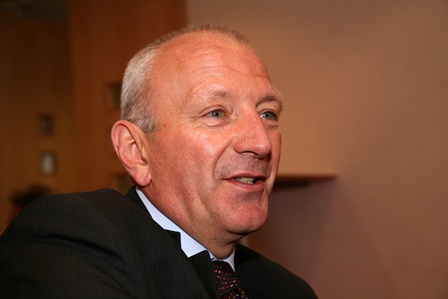 Former FTA president and ex-Christian Salvesen chief executive Stewart Oades has been appointed as a non-executive director at Wincanton. Oades, currently a non-executive director at wholesaler Palmer & Harvey and seafood firm MW brands, served as president of the FTA between 2009 and 2013. He will join the Wincanton board on 1 November. He served as chief executive at Christian Salvesen between 2005 and 2008 and prior to that held various senior positions at Exel between 1996 to 2005, including […]

Well you win some and you lose some. Trading in shares at UK Mail Group continues to be a profitable experience, but – despite a good performance in its transport division Hargreaves shares continue to splutter.

The basket of MT shares has only drifted northwards by 7p in the past seven days. But growth at the rate of a penny a day is a fair old shift for a traditionally quiet time of year in the road transport industry, indicating that there is a lot of sentiment backing the success of Britain’s transport firms.

Rail freight on the slide as volumes fall 5%

The volume of goods carried by rail in Great Britain fell last year by 5.5%, new figures from the Office of Rail and Road (ORR) have shown.