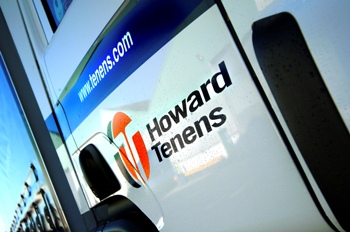 Howard Tenens Storage & Distribution saw a 20% drop in pre-tax profit last year after it lost customers at two of its depots.The Gloucester-based operator’s financial results for the year ended 30 September 2012 revealed that it had lost business at its depots in Andover, Hampshire and Boston, Lincolnshire. However, the firm said it secured two new customers later in the period, which it hopes will boost its figures for the 12 months to 30 September 2013. Pre-tax profit fell […]

DX Group said significantly increased volumes would result in revenue growth £10m higher than previously anticipated and as a result it would repay government support provided during the pandemic.

Kuehne + Nagel says it is  on track to reach its goals for profitable growth, despite a slip in turnover and EBITDA in its road and rail business.

DHL has won a contract with Faurecia, to deliver Range Rover door interiors produced by the supplier  to Jaguar Land Rover.

Fast growing logistics firm Advanced Supply Chain Group (ASCG) has been acquired by the Reconomy Group, which specialises in outsourced services to drive the circular economy.