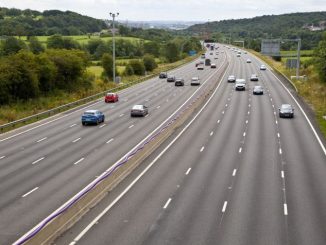 The transport secretary said it was “entirely wrong” that smart motorways were introduced without the right technology to make them safe, but he has ruled out scrapping them. Grant Shapps told MPs reversing the controversial traffic measure would mean acquiring land the equivalent of 700 Wembley stadium-sized football pitches and destroying large areas of green belt and that instead “we have to make what’s there safe”. Shapps was responding to concerns about smart motorways following an inquest into the deaths […]

CEVA Logistics has completed a successful zero defects start-up for the full omni-channel distribution of Under Armour’s sports apparel products in the UK.

When Simon Hobbs says his induction as new Kinaxia boss wasn’t what he expected it sounds like the understatement of the year. Within weeks of taking the reins back in late January, the Covid crisis saw volumes across the group slump by 35% and cash quickly begin to drain.

Stoke-on-Trent haulier Genesis 2014 (UK) Ltd has had its licence revoked for the second time in three years after a public inquiry (PI) heard that founder Marcus Hughes, who was disqualified in 2018 for failing to inform the traffic commissioner (TC) of his 12-year prison sentence for supplying cannabis, still played “a significant managerial role” at the company.