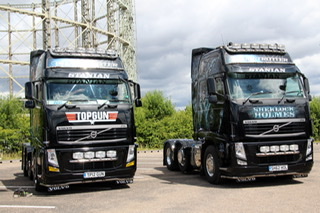 One of the longest-standing haulage businesses in Manchester has been saved after it entered administration following a failed attempt to purchase another firm, according to its director. General haulier Stanian Transport, which held an O-licence for 35 trucks and 50 trailers, appointed administrators Alvarez & Marsal Europe on 18 November. Director Theresa Chambers told MT that its failure was not down to anything it had done wrong and that it had been trading “as normal”. But she added: “The catalyst […]

Hampshire haulier Alton Transport Service has admitted that taking on “loss making” work from Palletline and losing a contract from Tarmac were to blame for its insolvency.

The demise of Gulliver’s Truck Hire in December last year was triggered by an increasingly competitive market, falling demand for trucks and vans and “issues” with the firm’s three axle tractor units, according to the firm’s administrators.