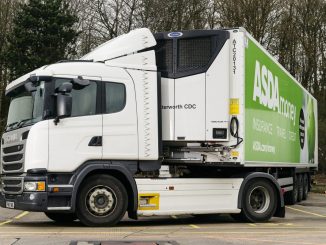 Asda said it had made an improved offer for staff as part of an ongoing dispute over pay, but that it had been rejected by the union without drivers getting a chance to vote on it. The supermarket giant responded after the GMB union said a consultative ballot of 8,000 workers showed 95% were in favour of pursuing industrial action over what it claimed was a “real terms pay cut”. Asda said it had offered to pay transport workers up […]

GMB to ballot members at Bidvest Logistics in pay dispute

Union GMB is to ballot members at Bidvest Logistics after the company reconsidered the amount it was to increase employees’ pay by.

The industry could lose over a quarter of its driver workforce during the next decade as a result of Driver CPC-related drop outs and retirement. A survey of 172 LGV drivers by recruitment agency Milestone revealed that 8% do not plan on taking Driver CPC training at all, for several reasons including expense. By region, the North East at 13% had the highest number of respondents not planning to undertake training. This is balanced against data showing 18% of drivers […]

Hoyer UK has taken on additional staff to process the flood of applications it has received from people wanting to work as tanker drivers, following the petrol pump crisis which kicked off last week.