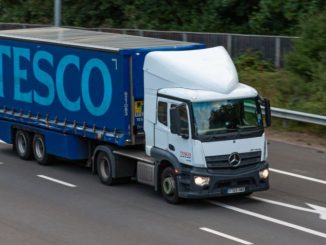 Trade union USDAW said it was still waiting for the High Court to rule on its case against Tesco after the supermarket giant attempted to “fire and rehire” staff at three distribution centres. Despite proceedings being issued by solicitors on behalf of the union in March 2021, a judgment on Tesco’s attempts to change staff contracts in Daventry and Litchfield has yet to be made. Last month, Tesco transport director Matt Rhind told an influential group of MPs that it […]

Tesco is re-tendering its transport operation

Tesco is re-tendering its transport operation after the announcement it would close two DCs and move some of its warehouse operations in-house.

A driver who died while making a delivery to Toyota’s factory in Burnaston last week worked for Goldstar Transport in Felixstowe, the motor manufacturer has confirmed.

Only around one in 10 people believe HGV drivers’ behaviour on the roads has improved since the Coronavirus pandemic began, according to a poll carried out by the AA.