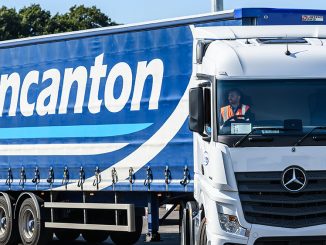 Wincanton has insisted the pay deal it offered staff working on a B&Q contract at its Worksop distribution centre was fair and competitive, after they threatened to go out on strike at the end of the month. Unite said more than 400 Wincanton workers at the depot, which distributes stock to stores nationally, will begin two-weekly cycles of seven days of strike action followed by a seven-day overtime ban from 28 November until 20 February due to an “insulting pay […]

Eight road transport and logistics businesses now have an annual turnover in excess of £1bn.

A renewed pay offer by DHL Supply Chain to its Wagon Wheel workers in Liverpool has resulted in strike action being suspended – but Unite warned industrial action could ramp up again.

Wincanton on track to return to profit in the coming year

Wincanton will be back in the black this financial year as the group’s extensive restructuring and disposals programme bears fruit. Wincanton chief executive Eric Born tells MT: “When [we] started this programme we said it would take two years to arrest the decline. We are bang on track. It’s absolutely what I’m expecting.” A year of restructuring and disposals saw it sell its European operations to focus on the UK and Ireland, dispose of its 20% shareholding in Culina Logistics […]

UK e-commerce sales have fallen to their lowest level since the online boom started in March 2020, home delivery specialist ParcelHero reported this week.