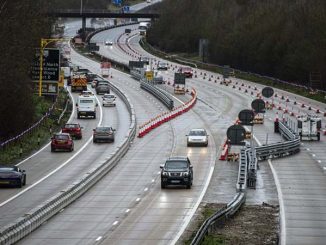 Operation Brock is being removed from the M20 in Kent this weekend just 18 days after it was implemented, after fears over heavy holiday traffic proved unfounded. The disruption caused by its reintroduction prompted local MP Damian Green to criticise its use based solely on “worries” about possible congestion. The contraflow system was initially designed to prevent major hold ups on Kent roads in the event of a no-deal Brexit and was removed in April, but it was then reinstated […]

The Co-operative Group’s consolidation of its logistics operations in the South West at a new operating centre in Avonmouth will be completed by April, despite continuing concerns from union Unite. The group’s food wing ceased operations at Chelston, Torbay earlier this month and the Co-op’s Portbury, Bristol site will close on 6 April. In a statement the retailer said operations at the Avonmouth depot commenced in October with the first inbound deliveries of ambient product. It added that 42 warehouse […]

Howard Tenens has continued its warehousing expansion with the purchase of a new Manchester site.

Jigsaw has adapted its strategy and adjusted its operational model to ensure delays are reduced and products are reaching retailers on time during the COVID-19 pandemic.