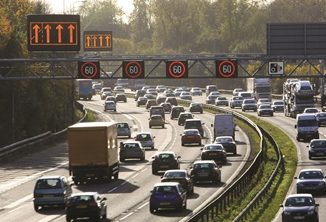 Proposed changes to the Highway Code, which include guidance on how smart motorways operate, have been criticised by the widow of a man killed by an HGV on the M1. A consultation into the changes by Highways England was launched following the publication of an 18-point action plan last year to make the controversial traffic measure safer. Changes in the Highway Code include additional guidance on the availability, appearance and use of emergency areas; the use of variable speed limits […]

The family of a man killed when a lump of concrete fell off a wagon and smashed through his windscreen are promoting the importance of securing loads and carrying out safety checks.

Hauliers have delivered a damning verdict of the security, quality and availability of rest stops in the UK, with most rating them ‘poor’ or ‘very poor’.

The FTA has welcomed the advent of “improved” mirrors for new HGVs from next year, describing them as a commonsense approach to boosting road safety.