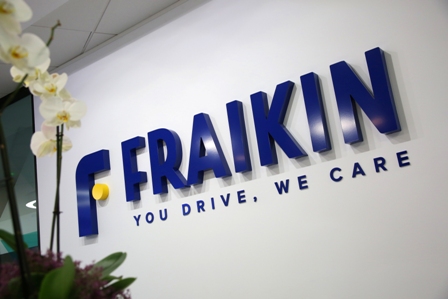 While Fraikin doesn’t replace its MDs quite as often as West Brom replaces its managers – seven in the last five years – Darren Hall is the third person to take charge of the French-owned contract hire firm since 2016. In the intervening four years Fraikin was subject to an unsuccessful takeover bid from Petit Forestier which was blocked because of the large share of the French market the merged businesses would have had. Instead, it was acquired by a […]

JLP John Lewis Partnership (JLP) has committed to a zero-carbon commercial vehicle fleet by 2045, with an interim target of fully fossil-free vehicles by the early 2030s.A plan spanning JLP’s 600 heavy trucks, 750 refrigerated trailers, 1,750 home delivery vans and light trucks and 20 farm vehicles has been developed. JLP began trials of two Waitrose-branded, biomethane-fuelled Scania 4×2 tractor units in 2016. The successful pilot scheme was followed by the introduction of a further 83 biomethane-fuelled vehicles between 2017 […]

Scottish Mercedes-Benz Trucks dealership Western Commercial will no longer sell HGVs from December due to the investment needed to continue the service.

Delivery giant DPD is aiming to slash its final mile emissions by 89% in 25 cities across the UK by 2025 by using either zero or low-emission vehicles.