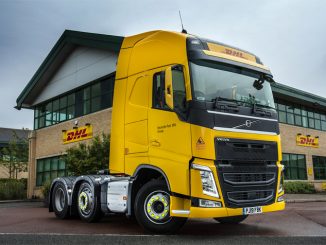 A renewed pay offer by DHL Supply Chain to its Wagon Wheel workers in Liverpool has resulted in strike action being suspended – but Unite warned industrial action could ramp up again. Eight 24-hour strikes were originally slated for between 19 December and 5 January in a dispute over what the union claimed was low pay, as well as “the systematic victimisation of workers”. However, strikes involving 120 union members on 29 and 30 December did not go ahead, as […]

Visitors to the virtual Commercial Motor Show at the end of September may have sat in on the break-out session on eco trucks, when Andrew Malcolm, chief executive of the Malcolm Group discussed a proposed trial of 48-tonne GCW trucks to feed railheads for intermodal operations.

8) Gavin Chappell, supply chain director, Asda    Part of the giant Walmart family, Asda vies with Sainsbury’s for second position in the UK grocery retailing pecking order with annual sales of £23bn and 400 stores. With 23 DCs around the UK and a fleet of nearly 1,000 vehicles, Asda likes to keep control of its store deliveries while working closely with its third party carriers on international and primary movements.

Arla Foods said it had now closed down its Hatfield Peverel site after 32 drivers transferred to Bidvest Logistics.