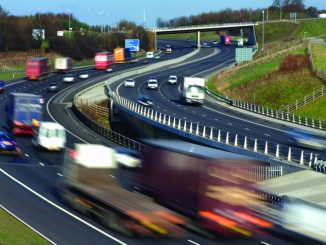 Nicholson Group owner David Nicholson says he has no regrets leaving the pallet distribution sector where he maintains margins are too low. The group’s exit came when its subsidiary Nicholson’s Transport went into liquidation in July last year, leaving debts of £1.7m, of which £354,749 was owed to The Pallet Network. Nicholson Group, which is based in Billingham, Cleveland, caused further controversy by launching Burnside Distribution from the same premises as Nicholson’s Transport, just days after the subsidiary went under. […]

Marks and Spencer to build third DC at London Gateway

Marks & Spencer (M&S) will complete the UK supply chain transformation it began in 2009 by building a major new DC at the London Gateway container port and logistics park.