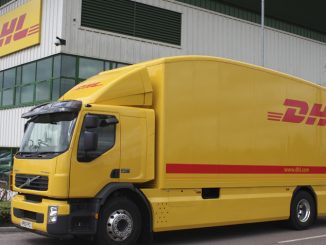 Strike action involving 200 DHL drivers based at Sainsbury’s RDC in Dartford has been cancelled after they accepted a 6% pay increase over two years and an enhanced redundancy package. The drivers, who deliver to the supermarket’s stores across London and the South East, voted overwhelmingly – 94% – in favour of the deal, according to the Unite union. The deal was struck following talks between DHL’s management, the union and mediated by conciliation service Acas. A series of strikes […]

Is the Tesla Semi on the radar of UK logistics firms?

If Elon Musk can send a car into space on reusable rocket boosters, then surely a down-to-earth electric truck travelling 500 miles on a single charge isn’t beyond the capabilities of today’s engineers?

The GMB union has started negotiations with agency Tempay about the rates of pay awarded to agency warehouse staff it supplies to DHL’s DC in Swindon run for Marks & Spencer. The move follows the legal claim launched in May by the union against Tempay, fellow agency Twenty Four Seven Recruitment Services, DHL and former site operator Wincanton about the rates paid to 240 agency staff at the warehouse in recent years. The union said the pay to agency staff […]