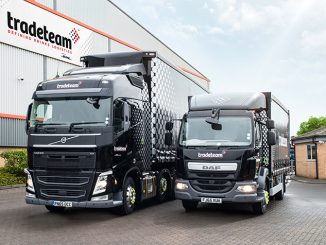 The Unite union have confirmed that plans for a rolling programme of strikes at a Tradeteam depot in London have been suspended after members voted in favour of a renewed pay offer. According to the union, industrial action at Tradeteam’s Enfield depot could have affected customers Carlsberg, Coors, Greene King and Mitchells & Butlers in the run-up to Christmas. It had claimed Tradeteam had reneged on a negotiated package, which included a two-year pay deal rise of 2.75%, the introduction […]

Book now to secure your place at Quiet Cities

Quiet Cities is the first global summit focused on enabling quieter deliveries of freight in urban environments. The two-day summit, a joint imitative between Motor Transport, TfL, DHL and Route Monkey, and it will take place on 25 and 26 November at Twickenham Stadium. It will bring together key stakeholders interested in seeing out-of-hours deliveries become a normal part of the supply chain. The summit includes a full conference programme, a networking dinner, exhibition, and live demonstration of the latest […]

DHL Supply Chain is set to transfer 80 Sunseeker International logistics staff in a deal which will see it take over the luxury boat builder’s logistics operations.

The MT Top 100 largest operators in the UK run on an average margin of just 2.6%, and this comes after the industry became more profitable in 2012.