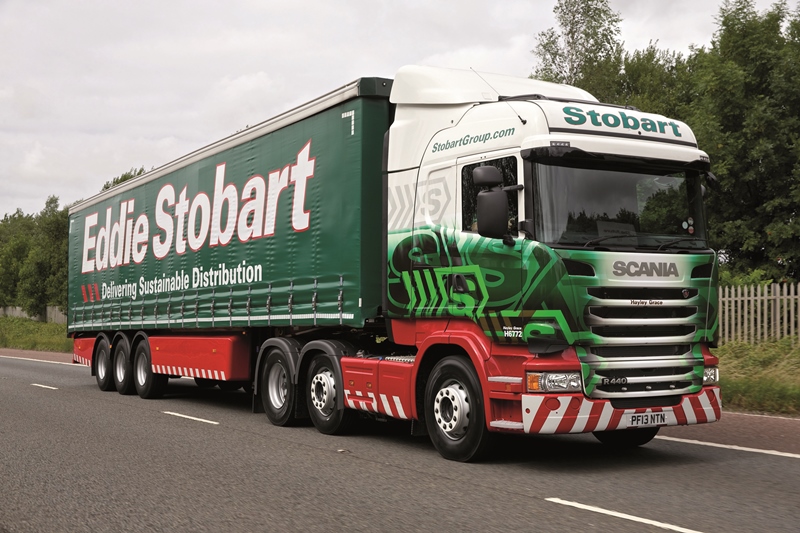 Eddie Stobart Logistics (ESL) has received a “highly preliminary expression of interest” from former boss Andrew Tinkler who ran the company for a decade until 2014. The move comes only days after ESL revealed it had received a separate takeover bid from one of its current shareholders, Dbay Advisors. Dbay bought 51% of the ESL business from Tinkler five years ago. It is understood Tinkler is interested in participating in a refinancing of ESL which could involve a takeover bid. […]

The combination of the £16m sale of its former automotive logistics division and securing a “significant” customer wins towards the end of its last financial year helped Eddie Stobart Logistics generate a £21m surplus, which was used to repay its debt.

Stobart Group and A.W. Jenkinson Forest Products have struck a second joint procurement deal with Scania to take delivery of a combined 1,000 trucks over the next two years. Between March 2012 and December 2013 Stobart and A.W. Jenkinson will take a mixture of R-series and G-series models. The first 300 will enter service this year with 700 more entering both fleets ahead of the introduction of Euro-6 on 31 December 2013. The deal replicates one struck in January 2010, […]

Eddie Stobart has reported strong contract retention and growth ahead of its year-end trading update, expected in January 2018.