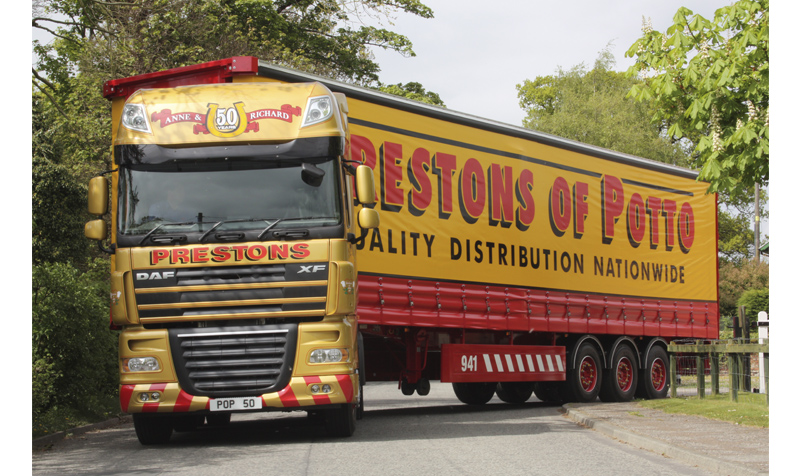 The British crew of the 1990 World Dragon Boat Championships is reuniting to raise funds for Teesside Hospice in memory of former team mate David Preston of Prestons of Potto, who died in March. The team will come together to compete at the Stockton-on-Tees Dragon Boat Festival on 1 September in memory of David Preston, who succumbed to kidney cancer at the age of 56. David, who was the MD of Prestons of Potto, was the son of the son […]

The MD of Currie European has warned that customer rates must increase in 2014, to keep pace with the growing cost of running a haulage business.

Harlequin Logistics is now running about a dozen 15.65m trailers on its Kellogg’s operation, as part of the government’s 10-year trial of longer semi-trailers. Four of the five members of the year-old haulier consortium – Currie European, John Raymond Transport, Jack Richards & Son and Prestons of Potto – are running the longer trailers for the cereal giant, shipping loads from Manchester throughout the UK. The 3.04m-high SDC Trailers can carry 60 pallets rather than the normal 52, said Currie’s […]

Fundraiser launched in memory of Prestons of Potto’s David Preston