TfL needs to bring back the role of head of freight in order to co-ordinate freight movement across London, the FTA told the London Assembly today (5 February).

The demand came at a meeting of the London Assembly transport committee this week, which looked at the challenges of delivering freight in London and what TfL is doing to improve the situation.

Natalie Chapman, head of south England and urban policy at the FTA, told the committee: “There needs to be more leadership on freight.

"There is no dedicated freight team at TfL and we need to make sure that freight is not seen in isolation because it has implications for all road users.”

She pointed out that TfL funds a walking and cycling commissioner and a night time commissioner. “So why don’t we have a freight commissioner?” she asked.

Following his departure the freight team was integrated into TfL’s day to day operations rather than operating as a stand-alone team.

“We are seeing a fragmentation of legislation with a lot of agencies doing things in different ways,” Chapman said, pointing to the disparity between boroughs on loading and unloading regulations and Hackney’s recent launch of an ultra-low emission zone.

“We cannot fault Hackney’s ambition but the challenge is that the scheme was introduced at very, very short notice and with very little business engagement,” she added. 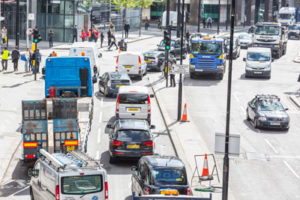 "We need a standard for London - we understand what Hackney is trying to achieve but we need to be part of the conversation on how these policies are delivered,” he told the committee.

He told the committee that TfL is planning to publish guidance on the creation of zero emission zones in May this year aimed at enabling boroughs “to develop these zones in a more consistent way”.

However he added that TfL has no power to say where these zones should be set up.

Williams also told the committee that TfL is currently working on an action plan for freight which is set to be published next month.

The government is pushing ahead with plans to allow category B (car) licence holders to operate heavier vans if they are fitted with alternative fuel systems.

The FTA has warned operators to remain vigilant about the threat of a fuel duty hike this year.

Claims that the UK supply chain is “in danger of collapsing” as a result of delivery failures and delays caused by migrants attempting to stow away in vehicles passing through Calais are “an exaggeration”, according to the Food Storage & Distribution Federation (FSDF).