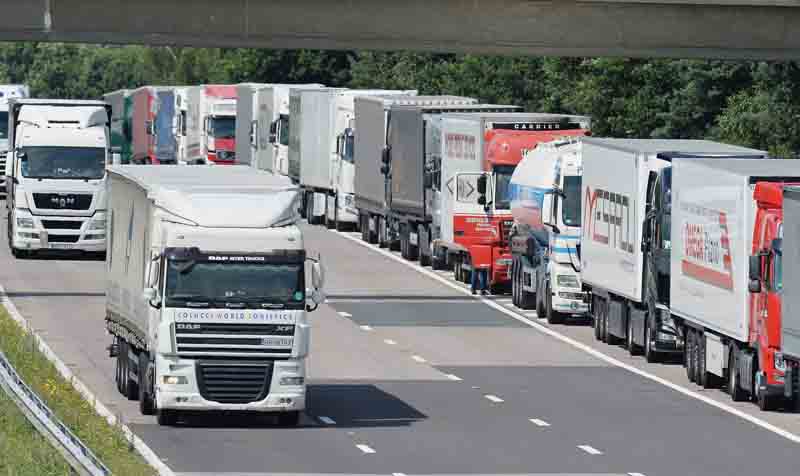 The construction of a major lorry park in Kent to replace Operation Stack won’t begin until 2018 at the earliest after a judicial review was announced for December. Former Chancellor George Osborne pledged £250m to build a holding area for lorries at Stanford West in 2015, but campaigners opposed the plans and launched a judicial review against the decision. The General Election stalled progress even further and now court proceedings won’t begin until 6 December. Matthew Webb, Stanford parish council […]

DFDS is launching a new unaccompanied freight service between Sheerness and Calais on 1 June.

The RHA has called for better information to be made available to truck operators about cross-Channel delays after an alarming spike in illegal migrant activity in Calais last week.

A Felixstowe-based company that planned to build an 85-space lorry park to ease pressure on the A14 has now withdrawn its application. Prologic wanted to construct the site on land off the old A45 adjacent to the A14, as well as build a covered maintenance bay, offices, drivers’ mess, security fencing, CCTV and site lighting. It said the lorry park for its fleet of HGVs would relieve pressure on the A14 if Operation Stack was rolled out in Suffolk. Read […]