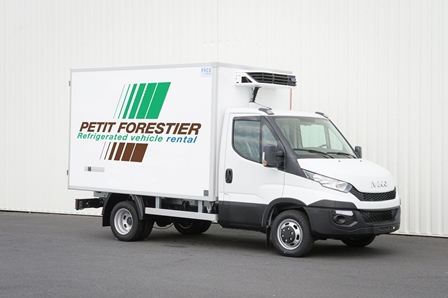 Refrigerated vehicle rental firm Petit Forestier has abandoned its bid to buy leasing company Fraikin Group after opposition from the French Competition Authority. The deal between the two French-owned companies, announced in June last year, aimed to create a major European player in the sector with combined sales of £1.09bn. Petit Forestier’s bid to buy Fraikin hit the buffers after the French Competition Authority raised concerns that the deal would create “a quasi-monopoly” giving Petit Forestier a 90% market share […]

Glasgow-based Monarch Transport is under new ownership after the completion of a management buyout (MBO) at the firm.

Land, sea and air freight and logistics firm Amco Services (International) has been sold in a pre-pack deal which has saved 160 jobs.

Trading in shares in Autologic will be suspended on 9 August as Stobart Holdings, a wholly-owned subsidiary of Stobart Group, completes its acquisition of the firm. On 18 June Stobart made an offer of £12.4m- the equivalent of 20p per share – for the automotive logistics firm. Both parties had been in talks since 24 May. Stobart said at the time it wished to acquire Autologic as it could enter the automotive logistics sector in a market-leading position. It is […]