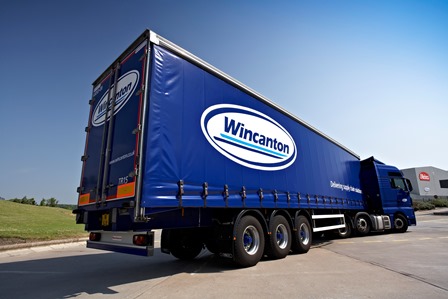 Thirty Wincanton drivers claiming they are owed thousands of pounds in holiday pay are to launch a 72-hour strike at Argos’s national distribution centre five days before Christmas. Union Unite said drivers numbering “in their thirties” will begin the three-day strike at the NDC at Barton-under-Needwood in Staffordshire just after midnight on Tuesday, December 20. According to Unite the drivers voted by 83% to strike and by 95% for industrial action short of a strike over Wincanton’s failure to honour […]

Eddie Stobart Logistics (ESL) is to be replaced by Wincanton as logistics partner for Aggregate Industries’ Concrete Products division just over two years into a five-year contract, Motortransport.co.uk has learnt.

Argos on the the e-commerce Fast Track

Argos has reinvented itself to compete in the digital age against the rapid rise of the e-retailers and it’s done so by putting road transport at the heart of its operation. Two years ago Argos signalled its ambition to take the fight to e-retailers and their increasingly sophisticated express delivery services. Argos Fast Track, which was trialled in 2014 and rolled out in-store March 2015 and then as a delivery service in the autumn, meant the advent of same-day delivery […]

Wincanton has turned to Volvo for the delivery of two new tankers that will cover 180,000km each year, collecting milk from farms across South Wales.

Government slammed for passing the buck on Brexit delays

The industry has hit back at the government’s warning that there will be queues 7,000-trucks-long blocking Kent unless it gets its paperwork in order by the end of the transition period, accusing it of avoiding [...]