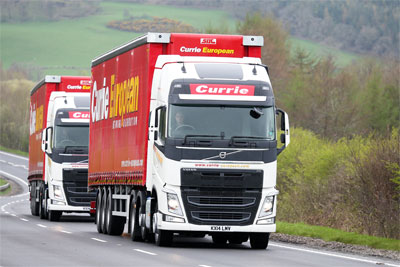 Pall-Ex has welcomed a new member to its network after a reshuffle of its postcode areas. K2 Transport officially became a member on 23 May, covering the TN and BN areas. It said the move to join Pall-Ex was a “natural” one that would act as a catalyst for business growth. Pall-Ex has recently welcomed  Armstrong Logistics and Currie European Transport to its network, with the hauliers joining on 29 February and 8 April respectively. Hinkley-based Armstrong Logistics joined in […]

As the economy struggles, UK pallet networks continue to record year-on-year growth. The UK’s pallet networks shifted more than 15.3 million pallets last year, a 7.3% rise on the number moved in 2010. Data from the Association of Pallet Networks (APN) shows that while the UK, and beyond, has endured recession, the networks have continued to outperform the economy. Eight of the nine UK networks are APN members, representing more than 650 hauliers, almost 30,000 vehicles and 13 million ft2 […]

Pall-Ex Benelux will launch at the start of 2016, the pallet network has said.

Biggleswade-based haulier AG & Sons Transport has become a shareholder member of Pall-Ex in a move aimed at strengthening its service offering.