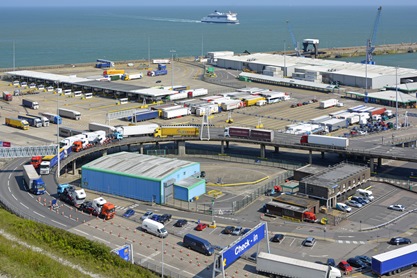 The European Commission (EC) said it will not comment on reports that it is to start legal action against the UK government over the introduction of the HGV Road User Levy. Last weekend, Reuters reported that legal action was imminent. The legal action was mentioned in a letter, dated 13 April, sent by European Commission president Jean-Claude Juncker’s chief of staff to Germany’s transport minister Alexander Dobrindt regarding a similar German toll tax. The EC has filed an infringement proceeding against Berlin over its plans to charge foreign car drivers for using Germany’s autobahns. The EC said the plan contravenes […]

The TNT shareholders have between Monday and 30 October to accept the proposed acquisition offer from FedEx.

“We’ll help you save time and avoid big fines” – Sarah Llewelyn, head of Shell Fleet Solutions UK, on why its new tolling solution is vital to hauliers

For fleets transporting goods between the UK and Europe, this year has presented further challenges for drivers. Additional border checks have caused increased traffic, and in April, trucks in Europe saw their waiting times at border crossings increase by 28%, compared to pre-crisis levels.