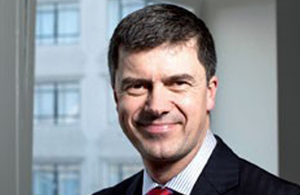 Gareth Llewellyn has been named as the new chief executive of the DVSA, after Alastair Peoples retired from the role last year.  The appointment will see interim chief executive Paul Satoor return to his former role as deputy chief executive. Llewellyn, who will start his new job on 1 April, has previously held directorate roles at Network Rail, National Grid and Biffa. DfT’s permanent secretary Philip Rutman said: “The work of DVSA and its dedicated staff is essential in delivering […]

The Driver and Vehicle Standards Agency has confirmed that the suspension of annual testing of heavy vehicles has been extended to include vehicles due for test shortly.

Both the RHA and FTA have welcomed the news that Vosa and the DSA are to merge into a single government agency from next year.

The FTA has reiterated its warning that with the Driver CPC deadline now reached, the road transport industry is facing not only a short-term driver shortage but a more serious underlying recruitment problem.