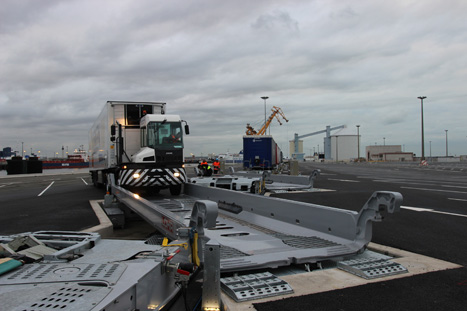 The FTA has reiterated previous calls for action over migrant build-ups in northern France after a new rail freight service to the port of Calais was postponed due to safety concerns. VIIA, a subsidiary of French rail network operator SNCF, was due to begin operating a new rail freight service for unaccompanied trailers (pictured) from Le Boulou, in southern France, to Calais on 12 January but announced the day before that its plans had been put on hold, as migrants’ […]

Haulage rates continued to stagnate during the first half of the year, new data from the Office for National Statistics (ONS) have suggested.

The DVSA will restart heavy vehicle testing from 4 July.