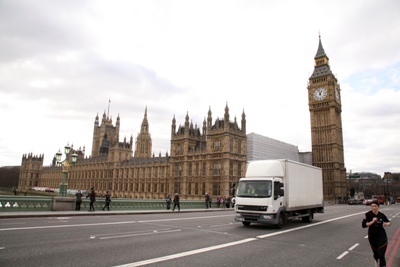 Association warns MPs of crisis during National Lorry Week RHA chief executive Richard Burnett has described the sector’s skills crisis as “unprecedented” and called on the government to reverse its controversial decision not to back an HGV Trailblazer apprenticeship. Burnett was talking at a parliamentary reception held at the House of Commons last week (27 October) to mark National Lorry Week. The comment came after Labour MP for Stoke South and the chairman of the All Party Parliamentary Group on […]

The DVSA has conceded it needs more operators to join up to its earned recognition pilot to advance the project, after its its timetable for going live with the full version suffered further delay. Speaking at the RHA’s Autumn Conference yesterday (7 September), DVSA head of enforcement policy Gordon Macdonald hinted the pilot was still lacking the support from hauliers needed to get the scheme off the ground. While it was expected to go live at the end of this […]

As TfL kicks off the process for hauliers to apply for their London HGV Safety Permits today, the RHA and FTA continue to voice serious concerns over the scheme.

Norfolk haulier Roger Warnes Transport said it was prepared to fight Parking Eye in court after it issued countless numbers of fines despite the company insisting it had paid for its parking.