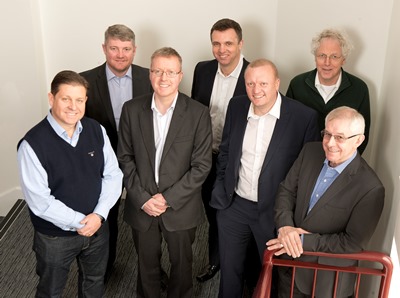 Elddis Transport MD Nigel Cook has been appointed chairman of the High Cube Network, a consortium of eight operators, including Elddis, S&R Smith and Sons and Owens Transport, that was launched in April. Cook announced his appointment in a tweet: “So apparently I became the chairman of the High Cube Network today. If I needed a new job, I would have a canny CV!” The network specialises in serving customers who have problems with cubing out before they weigh out. […]

Richard Morson, the former finance director at Norbert Dentressangle, has joined Bibby Distribution in the same, newly-created, role. Bibby has created a finance director position to strengthen its senior management – Morson was also formerly group financial controller at TDG and has 11 years experience in the industry. “[Morson] is an advocate of the importance of finance as a value added service to the business through active business partnering,” said Paul Cullingford, chief financial officer at Bibby. “He also has […]

Carlsberg UK has submitted plans to open a 640,000ft² DC in Northampton, replacing two sites in the area.

More than 600 Comet staff at 12 UK locations have lost their jobs after the joint administrators axed most of its home delivery operation. The collapse of the high street retailer has so far resulted in almost 900 redundancies while Deloitte continues to search for a buyer for all or parts of the business. The 603 workers of the home delivery division are based at 12 hub locations across the country, including 66 at Skelmersdale, 62 at Coatbridge and 59 […]