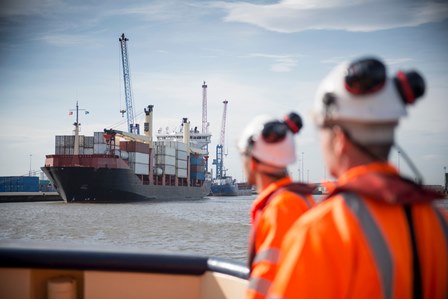 Almost 80 stowaways were discovered inside two lorries in separate incidents last week, just days after scores were found hiding in four lorries in Harwich. A Home Office spokeswoman said Border Force officers conducted a “proactive search” of a Hungarian-registered HGV, which had arrived on a freight vessel at Humber Sea Terminal in Killingholme on 14 June. Inside they found 51 stowaways from Albania, with one believed to be pregnant and who was taken to hospital. The spokeswoman said: “The […]

Police to take no further action against URTU seven

Greater Manchester Police (GMP) has said it will take no further action against the seven United Road Transport Union (URTU) men arrested in relation to a Driver CPC fraud investigation. The announcement brings to an end a 10-month probe, in conjunction with the DSA, into URTU general secretary Bob Monks, plus six national and regional officers. At the time of the arrests the police said they were for fraud offences relating to large goods vehicles and the Driver CPC. URTU […]

The FTA has welcomed the advent of “improved” mirrors for new HGVs from next year, describing them as a commonsense approach to boosting road safety.

The DfT has achieved its original target of getting 1,800 longer semi-trailers on the roads, albeit almost five years after the scheme was first launched.