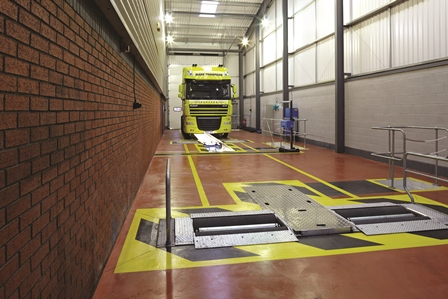 Industrial action by DVSA vehicle testing staff looks to have been averted after a positive meeting between the government agency and trade union Prospect last week. The meeting covered union concerns about the new contracts vehicle testers are being asked to sign up to as part of the introduction of the Next Generation Testing (NGT) model. It came after strike action due in May was called off in favour of the talks. Following the meeting on 8 June, which involved […]

Strike action set for next week at Eddie Stobart Logistics has been avoided, after the operator and union Unite held talks today (24 May).

FTA shoots down idea that operators could self-test their vehicles

The FTA has poured cold water on suggestions that operators could perform annual roadworthiness tests on their own vehicles.

More than 180 drivers at Eddie Stobart’s Tesco DC in Doncaster are set to strike for 48 hours next week following last month’s vote in favour of industrial action. The strike will run from early Tuesday morning (9 October) and will disrupt supplies to Tesco stores in the Yorkshire and Humber region, said Unite. The action, which more than 90% of staff voted for, follows a move by Stobart to issue termination notices to 183 drivers on 5 September after […]