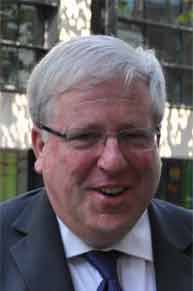 Patrick McLoughlin will remain in the role of secretary of state for transport as part of the new Conservative government, it has been confirmed. The announcement came as the reappointed prime minister David Cameron reshuffled the cabinet for his coming term in office, following his election victory last week. McLoughlin, who was voted back into the Derbyshire Dales seat in last week’s election with 52% of the constituency’s votes, was first appointed to the role in 2012. He made news […]

New government must not use industry as scapegoat, says FTA

The new government must support the industry in meeting clean air legislation and not villainise HGVs, according to the FTA’s election manifesto.

Lawyers are working on a High Court legal challenge calling for Smart motorways to be scrapped after two men were knocked down and killed at the roadside by an HGV.