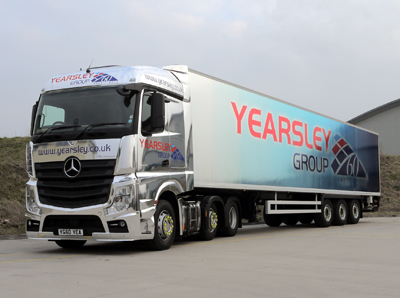 Building work at Yearsley Logistics’ new Peterborough cold store looks set to start within six months with the new ‘superhub’ up and running in around 18 months, a spokeswoman for the Lancashire-based firm has said. Work on the site, which will complement two other Yearsley superhubs – one at its Heywood HQ and the other at Hams Hall – was originally planned to start during 2014 after planning permission was secured the previous year. But as the firm confirmed late […]

“Work with us to improve HGV facilities,” government urges industry

The government has encouraged the industry to respond to plans to overhaul the country’s outdated planning system and explain how “high quality” lorry parking facilities should be provided.

Yodel sister company Yodel XL, which provides a two-man delivery service, has rebranded as Arrow XL to coincide with the opening of a new hub.