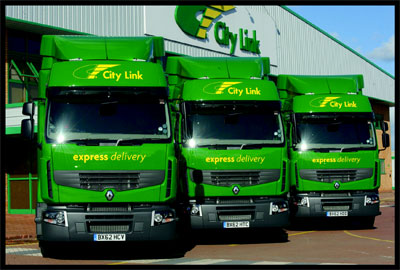 City Link appointed administrators on Christmas Eve, temporarily suspending all operations over Christmas, citing continued “substantial losses over several years” and admitted it would be unable to accept new parcels due to the further losses it would incur. Administrators Ernst & Young’s (EY) also revealed that it had failed to identify a buyer for the company, despite putting it up for sale before the administration process had begun. A spokesman for  EY told Motortransport.co.uk that: “No buyer has been identified […]

Nearly 150 former City Link staff are preparing to take group employment action against the failed parcels carrier in the hope of receiving a larger compensation payout.

Royal Mail Group has turned a loss into a profit in its UK letters and parcels arm as it revealed details behind its strategy to develop into a more parcels-focused business ahead of its planned privatisation. The Group’s first half profit for the six months ending 23 September leapt to £99m, from a loss of £41m in the same period a year ago. This came mainly as a result of a 5.6% rise in parcel volumes which now accounts for […]

Delivery giant DPD is aiming to slash its final mile emissions by 89% in 25 cities across the UK by 2025 by using either zero or low-emission vehicles.