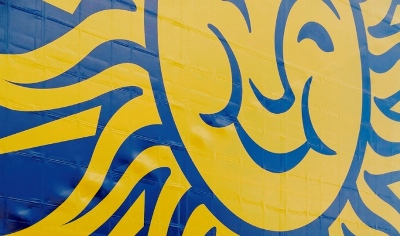 Hungarian operator Waberer’s has opened a subsidiary in Felixstowe in a bid to double its business in the UK. The Budapest-based European haulage giant, which runs a fleet of more than 3,000 trucks, has also appointed Douglas French as development director of Waberer’s UK, which was incorporated at Companies House in July. Deputy CEO Ferenc Lajkó said: “Waberer’s has been transporting the goods of large English enterprises and manufacturers in the supply chain for more than half a century. By […]

Plans for a Low Emission Zone (LEZ) at Felixstowe port and fining the most polluting LGVs have been shelved after the air quality improved substantially. Lorries were calculated to be contributing more than a quarter of all NOx concentrations at a receptor site and prompted the local council to consider measures targeting them (MT 19 March 2012). However, Suffolk Coastal District Council said action taken by the port to reduce pollution emitted by its own handling equipment has reduced emissions […]

International delivery specialist ParcelHero is warning of delays to Amazon and other e-commerce orders following the log jam created in the Suez Canal by the stranded cargo ship, EverGiven, which was finally refloated yesterday (29 March).