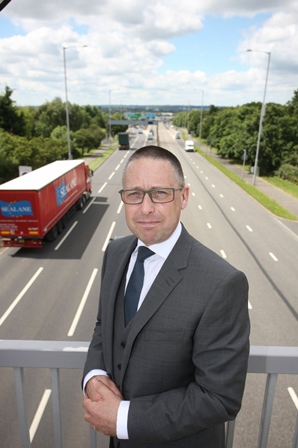 The RHA has named Samworth Brothers Distribution MD Richard Burnett as its new chief executive. He will take up his position when outgoing chief executive Geoff Dunning retires in August. While he joins the association from an operational background, Burnett has held numerous positions in large contract logistics companies, namely TDG, Hays Distribution and Wincanton. He began his career in logistics at TDG and over the course of his career has been responsible for the management of large contracts including […]

Wincanton said trading had been resilient during the first six months of 2020, with a focus on opportunities in growth markets starting to reap benefits.

Forth Road Bridge to reopen to all traffic

The Forth Road Bridge will reopen to all vehicles at 11pm this Saturday (20 February) after being closed to HGV traffic for more than two months.

The government has ruled out funding HGV licence acquisitions to ease the current driver shortage in the UK, according to DfT minister Lord Ahmed.

A haulage firm in the Midlands has been given the green light to build on disused land in Walsall and park up to 40 HGVs.