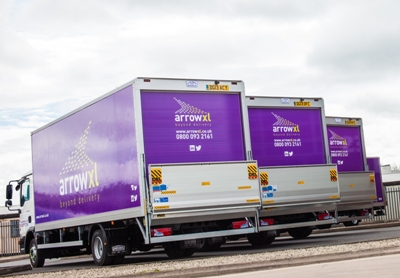 Two-man delivery firm Arrow XL has revealed it made over two million deliveries in its first year of trading under its new identity. The Yodel sister company previously traded as Yodel XL, but launched its new branding in March 2013. Since then it has made two million deliveries, including next-day and 48-hour deliveries, to customers nationwide. It has also increased its fleet by 85 vehicles over the last 12 months, a mix of 7.5- and 15-tonne MAN rigids, taking its […]

Morrisons is to begin making home deliveries in London next week as it continues to increase the reach of its online grocery offer.

Courier rates and surcharges are likely to rise as people move increasingly towards working from home arrangements, according to ParcelHero.

Europa Worldwide Group chief executive Andrew Baxter (pictured) has launched a vociferous attack on the RHA this week, accusing it of leaking information from confidential government meetings, failing to prepare hauliers for Brexit and “substantially” [...]