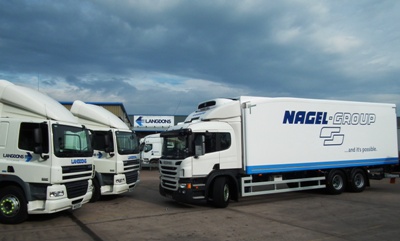 Controlled temperature specialist Nagel Langdons increased turnover by almost 15% to £85m in the year ending 31 December 2013. The company also reported a 55% rise in pre-tax profit to £4.43m during the period, up from £2.85m in 2012. MD Arran Osman said the figures reflected a “continuation of natural growth” within its core market, but also that consolidation leading to fewer players had also played a part. He said Nagel Langdons, which changed its name from Langdon Industries in […]

Whistl UK reported a £4.7m pre-tax loss in 2019 as it battled to remain competitive in the parcels and Downstream Access (DSA) markets as start-up inefficiencies racked up at its Bedford ‘super hub’.

Royal Mail has warned for a second time that competition from other carriers, this time Amazon’s own delivery network, will damage its growth prospects.

Anyone looking for a way to raise their professional profile overnight might do well to follow the example of Richard Hayes, president of the Institute of Highway Engineers (IHE). He achieved instant notoriety earlier this month when he suggested the DfT considers banning LGVs from UK motorways on Sundays as part of its programme to reform the strategic road network (MT 2 July). Controversial Calling for an investigation into a Sunday motorway ban for LGVs was bound to be controversial, […]