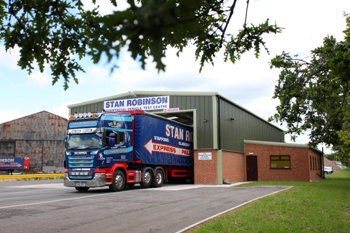 Proposed increases in the fees charged by the DVSA (formerly Vosa and the DSA) for a range of services, including vehicle testing, have still not been confirmed – more than seven months after a consultation on the proposals ended. The consultation, which ran from 30 April to 11 June last year, suggested the new fees were hoped to take effect by the end of 2013. It proposed a 15% to 20% rise in charges for annual vehicle tests at DVSA […]

Three men convicted of “industrial scale” tachograph manipulation have been jailed for a total of nine years at Preston Crown Court.

Increasingly ‘knowing-your-driver’ has become a key fleet compliance requirement. As technology permits more frequent checking across a wider range of datasets, fleets are taking the opportunity to increase their awareness of their drivers. Improving risk profiles, insurance rates, HR strategies and road safety are all rolled-up in this. However, much depends on being actually able to access the data often held by government bodies.

Unions and DVSA to resume talks in new year

Talks between DVSA management and Prospect and Public and Commercial Services (PCS) unions at arbitration service ACAS appear to be bearing fruit. Both unions have pledged to suspend all industrial action for the duration of the talks, with DVSA promising not to take disciplinary action against staff who refuse to follow work practices that are in dispute.