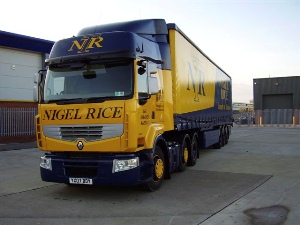 Palletways and Nigel Rice Transport parted company at the end of last year due to concerns about the now collapsed operator’s ability to meet its network commitments. Nigel Rice Transport, which had been trading under a Company Voluntary Arrangement since March 2013, ceased trading and was placed into liquidation last week after a meeting of creditors (17 January). In response, a spokesman for Palletways said: “We deeply regret to hear of the announcement that Nigel Rice Transport has stopped trading […]

The chief executive of Wincanton does not expect a wave of consolidation in the UK road transport sector, arguing that recent high-profile acquisitions have been standalone deals rather than part of a trend.

Breeding success: How Panther clawed its way to the top of the two-man delivery food chain

Panther is launching two new services to customers this month after a year of contract wins and the acquisition of a rival took its annual turnover close to the top of the two-man delivery food chain.