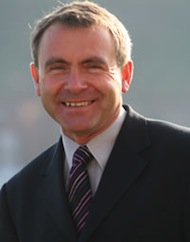 Just two months after his appointment as roads minister at the DfT, Robert Goodwill has been relieved of his direct responsibilities for the freight and logistics industry. The man taking the reins (again) is none other than Stephen Hammond, the minister who formerly held the position until Goodwill stepped up in October. Could Goodwill’s possibly be the shortest tenure as the government’s freight minister in history? The former Conservative Party whip was appointed as the minister for roads and freight […]