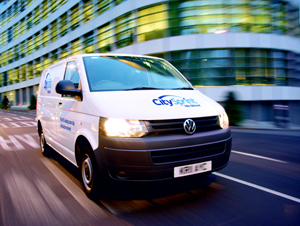 Same-day delivery company CitySprint has said its Christmas peak was later than ever in December, as more online shoppers left their orders to the last minute. The courier firm said it handled nearly 500,000 retail deliveries throughout November and December with its busiest day falling on 19 December, a day later than in 2012. It also reported that orders remained high up until Christmas Eve, with several deliveries made on Christmas Day itself. Hundreds of deliveries were also made on […]

Online food orders soared 99.2% in October and web sales grew 60.1% year on year, sparking warnings that operators will need to review their planning ahead of the Christmas peak.

Parcelforce Worldwide is to invest £75m in its network and hubs over the next four years, creating 1,000 new jobs. The investment, which is part of parent company Royal Mail Group’s strategy to expand its express parcel business in the UK and internationally, will also see the opening of a new parcel processing centre in Chorley, Lancashire, as well as two additional depots in Cornwall and Hampshire. There are also plans for nine of its 53 existing depots across the […]

Royal Mail has signed a new contract with River Island, building on the work it already does handling the retailer’s customer returns.