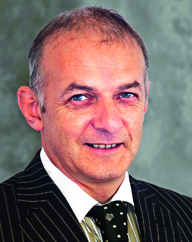 20) Andrew Tinkler, chief executive, Stobart Group Tinkler strengthened his position at the top of Britain’s best known haulage firm at the beginning of 2013. He survived an attempted boardroom coup, that could have seen former Autologic boss Avril Palmer-Baunick take charge of the group as a whole, potentially breaking up its constituent, multi-modal parts. That came to nothing in the end and Tinker was able to calm the waters, as Palmer-Baunick left in May. Weeks later he signed a […]

Stobart Group is to use Carlisle-based SP Training to run an apprenticeship scheme and provide drivers for Stobart Energy – formerly Stobart Biomass.

Three new units to be built at Panattoni Park in Northampton

Industrial developer Panattoni is set to start work on the second phase of its 1.6 million sq ft industrial park in Northampton.