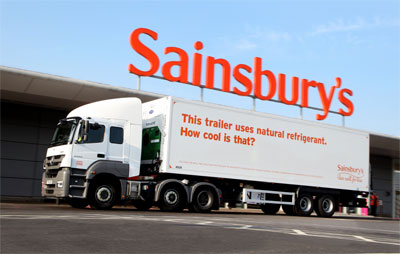 Work has begun on a new Sainsbury’s DC in Daventry, which will be operated by DHL on the supermarket’s behalf. The one million ft² DC will be used for its general merchandising operation, which includes cookware, homeware and domestic appliances, an area where the supermarket has seen rapid growth. A spokesman said the site will be opened in two stages, with low bay operations opening first in “early 2015”. He did not specify when the high bay facilities, which will […]

DHL Supply Chain has renewed its contract with Jaguar Land Rover (JLR) with an extended brief to manage the car maker’s inbound supply chain for its new manufacturing site in Slovakia.

Sainsbury’s has abandoned plans for a distribution centre near Exeter, claiming that improved efficiency in its logistics network means it is no longer required.

DHL Express has upgraded and expanded all but 10 of its 38 UK service centres, with the most recent site opening in Park Royal, north west London, last week.