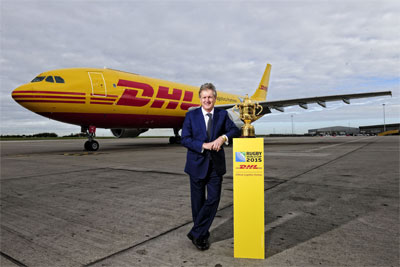 DHL kicked off its Rugby World Cup build up yesterday, at an event held at East Midlands Airport, which featured a line-up of former Union internationals and the Webb Ellis Cup itself. The operator has been named as the official logistics partner for the competition, which will take place in England and Wales in 2015, and flew the cup in from New Zealand, the current holders, via one of its cargo planes. Speaking to Motortransport.co.uk, Phil Couchman, CEO of DHL […]

Gefco revenue up ahead of “decisive year”

The recent heatwave has seen massive spikes in retail volumes for chilled and frozen goods, according to DHL Supply Chain. The UK’s largest logistics firm said the hot weather in July had seen demand for bottled water rise by 45% and soft drink volume increase by 35%.

Crumbs of comfort for Eulos.EU creditors

Firms thought to be left out of pocket following the administration of car transporter Eulos.EU will now receive a distribution after an unexpected insurance settlement led to an £11,000 payout.