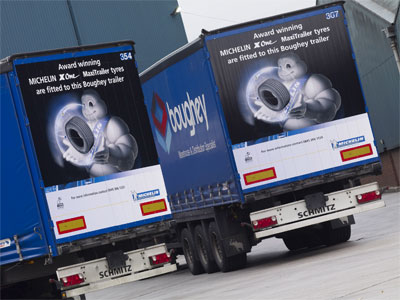 Boughey Distribution, the food division at NWF Group, is making “progress as planned” as it looks to consolidate work for several customers customers at its Wardle, Greater Manchester, site. In August NWF announced that Boughey would restructure its network, after reporting a 14.2% year-on-year drop in turnover to £36.4m, which would see services provided for customers at its Deeside depot consolidated into its site in Wardle. This, it said, would see trunking reduced and the Deeside site now only used […]

Kuehne+Nagel’s decision to sell a major part of its UK business last year resulted in a 9.3% fall in turnover in its international contract logistics division in the first quarter of 2021, the group reported this week.

Well you win some and you lose some. Trading in shares at UK Mail Group continues to be a profitable experience, but – despite a good performance in its transport division Hargreaves shares continue to splutter.

French transport minister Jean-Baptiste Djebbari has told Sky News a plan is being worked on to resume the movement of unaccompanied freight from the UK to France with cross-EU talks “to begin within hours”.