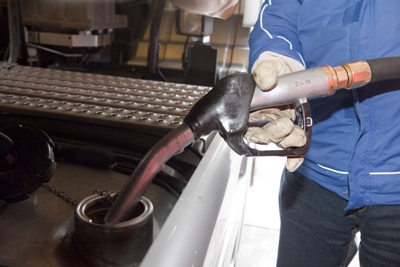 The Office of Fair Trading (OFT) has been branded ‘complacent’ and accused of carrying out a ‘continued whitewash’ after insisting that its study last year of the UK fuel market yielded no credible evidence of any market manipulation. Responding to a petition handed into it on Monday (15 July) by campaign group FairFuelUK, the OFT issued a statement saying it recognised the price of fuel was “a subject of significant public concern” but that it had not received “credible evidence” […]

Operators have responded well to calls from the head of a new working group to get involved to help tackle the skills crisis, but even more involvement would be welcome. RHA chief executive Geoff Dunning says he is pleased by the response from operators to his call to get involved in the initiative [see below] made earlier this year. “There’s been a good number of volunteers,” Dunning tells MotorTransport.co.uk. “There’s no doubt that the issue of the driver population is […]

Hauliers are bracing themselves for more delays at Northern Ireland’s ports after Brexit checks on animal and food products were suspended at both Belfast and Larne ports this week following threats to customs staff.

The RHA has announced that the sign-up process for its new Customs Brokerage Service for international hauliers will begin on 1 November 2020.